Cast and wrought iron were popular building materials during the late 18th and 19th centuries. Consequently, much of the architecture of this period used iron decoratively and structurally. The retention of traditional ironwork such as gates and railings can be enormously beneficial to the quality and character of the building. Such period features enhance the appearance and value of traditional buildings, and are costly to replace if they are removed. Below are some tips and tricks to help make iron gates last!

In order to establish how best to maintain or repair ironwork, it is necessary to identify the type of iron it is made from. Cast ironwork is more common than wrought ironwork. It is generally ‘two-dimensional’ in appearance and heavier in design than wrought ironwork. In the production process, a pattern (commonly made of wood) is used to make a mould using special sand, into which molten iron is poured. Because the pattern can be re-used designs often tend to be composed of repeating, identical sections. Wrought ironwork is less common. It tends to be quite delicate – scrolls and foliage are common motifs – and, due to the specific craft skills involved in its working, slight variations of pattern and design are typical. 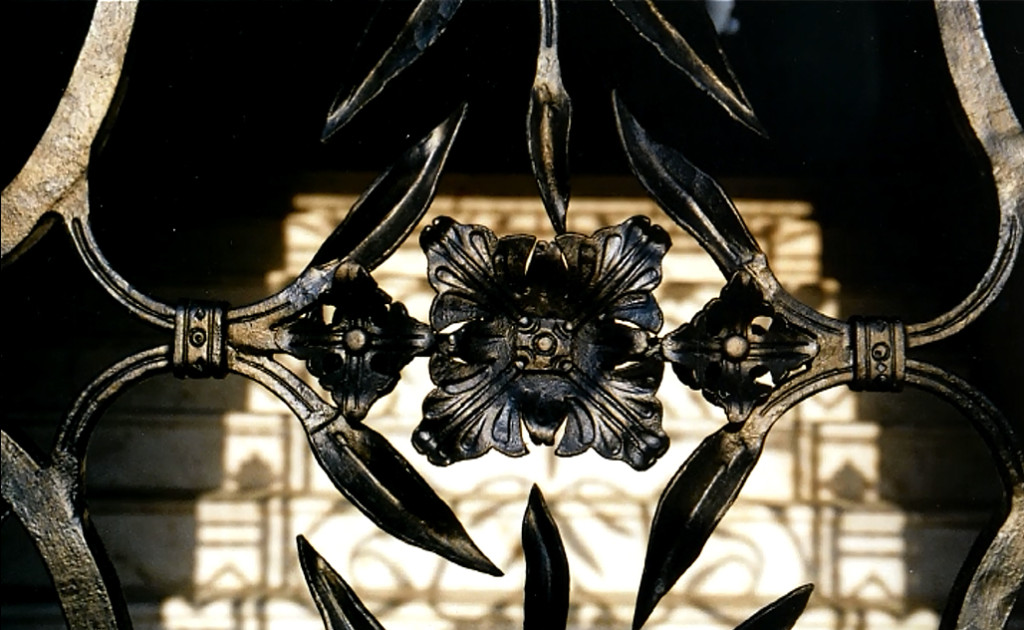 Corrosion and general deterioration are not always immediately evident, but there are a number of warning signs that can indicate problems are beginning to occur. These include:

Iron is a durable material, but a number of factors can contribute to, and accelerate, decay. These include:

Inappropriate, poorly designed repairs and replacements can be severely damaging to ironwork and will detract from the character and appearance of historic ironwork. Inserted sections made from dissimilar metals, such as aluminium or mild steel, corrode at a faster rate when in direct contact with iron. Repairs carried out using poor-quality welding techniques, in place of traditional mechanical fixings or fire welding, severely detract from the appearance of ironwork, and can also lead to corrosion.

Regular maintenance is the most effective method of prolonging the life of ironwork. Annual inspections should be conducted to check for:

Any signs of damage or decay should be dealt with promptly. Areas of corrosion on the ironwork should be removed as soon as they are detected by using a wire brush, chisel, sandpaper or other appropriate mechanical means. It is important to protect masonry from staining and damage during this process.

For listed properties, listed building consent may be required prior to the repair of historic ironwork. For larger-scale projects, it may be advisable to employ the services of a professional to co-ordinate the necessary works. Before embarking on repairs, it is important to assess the condition of the ironwork in order to determine what degree of intervention, if any, is required. The minimum level of intervention is generally preferable. Where repairs are necessary, as much of the original fabric as possible should be retained. It is essential to ensure that appropriate materials and techniques are used.

Cast iron can be difficult, though not impossible, to repair. It is therefore advisable to seek specialist advice. Cast iron welding should only be carried out by an experienced craftsperson. However, welding cast iron is problematic as the integrity of such repairs cannot always be guaranteed. Fractures can sometimes be repaired using screws and dowels instead of welding. Badly damaged and missing sections may need to be replaced and such replacements should always be on a like-for-like basis using traditional manufacturing techniques. Matching elements can usually be obtained from foundries specialising in traditional casting. They usually hold a wide range of traditional patterns in stock. Cast aluminium, fibreglass, plastic and steel are not appropriate substitutes. Fixings should be selected with care. Galvanised fixings can rapidly corrode and should not be used, therefore stainless steel fixings are generally recommended.

Wrought iron. It is important that an appropriately qualified and experienced person carries out any necessary repairs to wrought ironwork and that traditional detailing and techniques are used. Wrought iron is currently only available as recycled material, and can be comparatively expensive in relation to mild steel. However, while mild steel is the most commonly used alternative material to repair or replace wrought iron, this is generally not recommended. Wrought iron is widely considered to be more durable than mild steel and is therefore likely to reduce the need for future expenditure on repair-work.

Never paint over rust. A clean, well prepared surface is essential before applying paint. This will ensure that the paint adheres properly to the iron, or underlying paint, and will improve its effectiveness. It will also prolong the life of the paint.

Depending on the extent of corrosion, it may be possible to “spot” paint areas (using a compatible paint) by feathering the edges of existing paint with sandpaper and then painting over the exposed metal. Care should be taken to form a good overlap with the existing paint.

Where existing paint is sound, it may be possible to use this as the base for a fresh coat. To do this, clean the surface of the existing paint thoroughly using water, taking care to remove any areas of rust, dirt or grease, then sandpaper the paint to provide a good key for the fresh coats.

It is advisable to ensure that fresh paint is compatible with the ironwork and existing paint layers. There may be a need to consult the paint manufacturer’s guidelines for directions on this.

Brushes are usually the most effective means of applying paint to ironwork. It is important to allow each coat to dry thoroughly before applying the next. This prevents the upper coats being damaged by the evaporation of solvents from the undercoats. Painting ironwork should not be carried out between the months of November and February as conditions are likely to be too damp and cold to allow paint to cure properly. Wind-blown dust and dirt can also reduce the effectiveness of new paint, therefore avoid painting in breezy conditions. Paint thickness is also important; several thin coats are more effective than fewer thick coats. 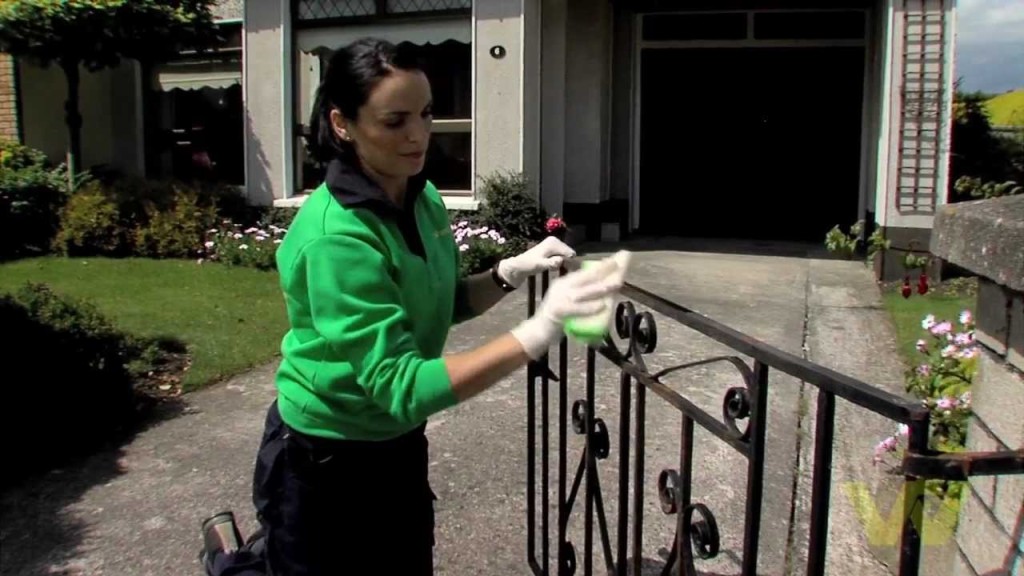 New paint systems: Where the existing paint is in poor condition, it may be necessary to remove it entirely before repainting. However, if ironwork is listed or of special historical interest, the removal of original paint layers will need careful consideration and may merit further paint analysis to determine the original colour scheme that was used.

If a complete repainting is required, current best practice recommends two coats of a zincbased primer, and one coat of micaceous iron oxide (MIO), followed by two coats of gloss paint. Slightly different colours can be used for each undercoat to help distinguish one coat from another.

Due to material shortages and high volatility of lumber prices we are TEMPORARILY suspending all new WOOD AND CHAIN-LINK fence installations. We apologize for the inconvenience. Wood decks and all other types of fences (vinyl, iron) are still available.
+