Snow fences are useful for increasing soil moisture for vegetation enhancement, protecting structures and building from snow drifts, augmenting water supplies, improving snow conditions at ski areas, and protecting highways from blizzards. A well-planned snow fence system can provide a solution to blowing snow problems, and can be an excellent long-term investment. Mechanical snow removal costs about 100 times more than trapping snow with snow fences. What makes these fences so successful? Identifying the problem area, the amount of snow that must be controlled, and choosing the proper fence height, length, location, and construction methods, are the main steps in designing an effective snow fence system. 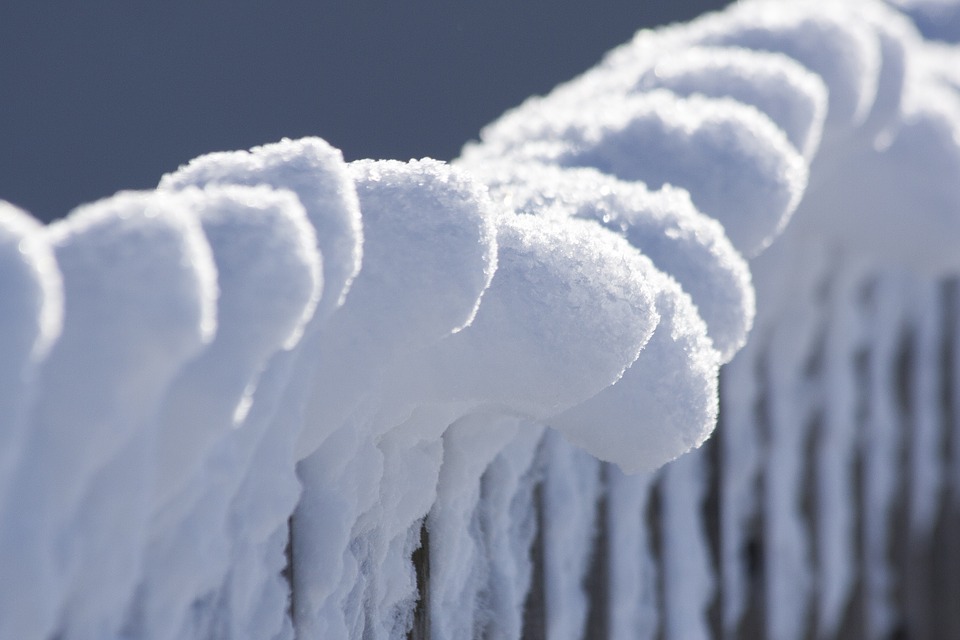 DO know what the snow drifting problem is, where it is, and why it exists. Determine the prevailing wind direction that produces the blowing snow. The wind direction determines the area that contributes drift snow, and the fence orientation. Determine the amount of blowing snow that must be stored. This can be done by past winter experiences with the problem area, and by calculating the amount of winter precipitation that will drift. Is the problem long-term or short-term?

DON’T build snow fences before the snow drift problem is completely identified and a system with adequate storage has been designed.

DON’T build snow fences too small to do the job. It’s not cost-effective and will not solve the problem.

DO extend the fence past the problem limits on both ends, to account for varying wind directions (up to 30 degrees), and the reduced trapping efficiency and storage capacity near the ends of the fence.

DON’T build the fence line to short, because snow blowing around the ends of the fence will be deposited in the problem area.

DO located the snow fence far enough upwind of the problem to leave room for the resulting drift. On flat terrain with a 50%-porous fence, this distance would be 35 times fence height, H (). Storage capacity and drift length increase for fences placed on down-sloping terrain, and decrease on upslopes. Locations at the crests of ridges or hills, and sites upwind of topographic depressions increase snow storage.

DON’T place the fence too close to the problem site. This common mistake of not allowing enough room for the drift formed by the fence often makes the problem worse. Fences should not be placed in locations where drifts form naturally, such as in depressions or on the downwind side of hills. Steep, upwind-facing slopes reduce both trapping efficiency and storage capacity. However, fences built to reduce snow loading in avalanche zones should not be placed on ridge crests, which would increase the cornice size.

DO build permanent, tall fences to solve long-term drift problems. These fences should be built in one continuous line with no holes or gaps between panels. Fences may be supported by steel or wood posts set in the ground (post-supported), or by a surface-mounted framework, anchored or counterweighted to resist overturning in the wind (truss-type). Horizontal boards 6-in wide with 6-in gaps (50% porosity) are among the best fencing materials. Synthetic fencing materials include woven fabrics and extruded plastic net. These show no great snow-trapping differences among materials having 40% to 50% porosity. 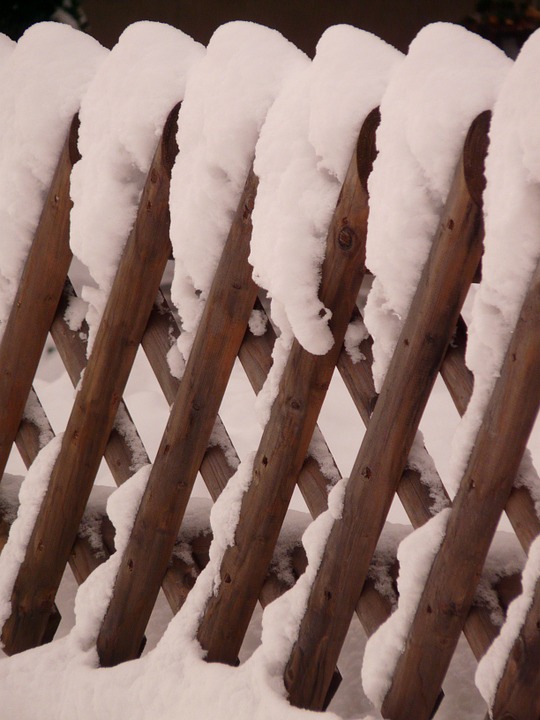 Post-supported fences, without guys or back braces, work well on ski area sites, where snow is removed from the fence area to cover rocks and bare ground, and where skier safety is a concern. However, these fences are usually more expensive to build.

DO use the same rules for locating portable fences that apply to permanent fences. Fences that can be removed and stored until the next snow accumulation season are sometimes necessary on cultivated lands, for example. On ski areas, portable snow fences may be used for constructing or protecting snowboarding ‘half-pipes’, where safety requires removal.

Due to material shortages and high volatility of lumber prices we are TEMPORARILY suspending all new WOOD AND CHAIN-LINK fence installations. We apologize for the inconvenience. Wood decks and all other types of fences (vinyl, iron) are still available.
+